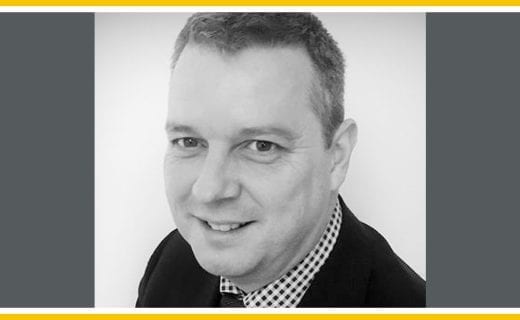 Lee Richards, Build to Rent Director for FirstPort, looks at the impact Covid-19 has had on the housing sector, and explains the buoyancy that’s not just helped bring BTR though the pandemic, but made it the most robust corner of the property market.

Covid-19 has not just brought about monumental change and challenge for Build to Rent (BTR), it has represented a major turning point too.

Housing is one of the first sectors to have felt the force of the pandemic, particularly the residential side of the market. One sign of this lies in the fact house prices across the UK have reportedly fallen at the fastest rate since 2009, with average property prices dropping by 1.7% in May.

Meanwhile, quite understandably, lockdown restrictions meant physical viewings ground to a halt alongside house sales, and although the restrictions are starting to be relaxed, the new arrangements still pose considerable challenge.

This is in addition to mortgage breaks, being furloughed and uncertainty around job security, which are issues that have impacted both existing and potential homeowners. Even more recently, several mortgage lenders have removed their lower deposit percentage products from the market, reportedly leaving first-time buyers now having to find deposits in excess of 10%.

BTR – a different story to tell

While BTR may have been impacted by many of the same pressures as open market residential, and several other sectors, what’s emerged is a level of resilience that’s perhaps never been seen or realised – until now.

According to recent industry commentary the private rented sector has been more buoyant than expected, as despite the new challenges people have had to face, it’s suggested more tenants than perhaps originally anticipated have managed to continue to pay their rent.

While it’s not clear why rental payments have been able to remain relatively steady, it’s probable that factors, such as flexible payment arrangements and the Government’s furlough support and wider financial assistance schemes, may have given people a much-needed helping hand towards paying their rent for the last few months at least. This is reflected by figures released by Grainger, who reported 94% rent collection levels in April.

For our clients the impact has largely been down to their starting point pre-lockdown. For those whose buildings are fully leased up, or the vast majority of units have been let, there hasn’t really been significant impact. Fortunately, most of them have continued to receive a steady income stream. Yes, some operating costs may have risen, which is to be expected, but on the whole, fewer people are moving out than usual, which is good for operators in terms of on-going occupancy levels. Average tenancies tend to last around 18 to 22 months, but this length could be considerably longer if tenants prefer to stay put for now.

However, for some clients who’ve got completed buildings standing empty, they have made a conscious decision to keep it that way at present – effectively deciding to mothball these sites for the next six months or so, with a view to then focusing their time and energy on getting them filled once the market reverts back to some form of normality. Whilst this isn’t ideal, we expect the market to be quick to bounce back as demand for rental properties increases.

As for the reasons behind this figure, they’re widespread, and range from people unfortunately losing their jobs and experiencing relationship breakdowns and being forced to find somewhere new to live, to people’s working from home arrangements spurring them on to look for a more suitable change of scenery.

And with the current economic climate looking so uncertain right now and for the foreseeable future, people are less inclined to tie themselves into lengthy property commitments.

On top of this, forecasters are predicting mortgage approvals will run at 40% for the rest of 2020, returning to 80% by next year. In time, current tenants will want to think more longer term, but for now, flexibility is key, especially as they will also be looking for assurance should a second wave hit.

As the weeks have gone by, there have been so many positive success stories emerging from individual BTR sites, ours included.

Not only has there been a real emphasis on proactive communication and a new appreciation for looking out for customers and supporting them, there’s been a widespread positive impact on community engagement overall.

We’ve heard so many stories of neighbours meeting each other for the first time and making more use of the communal areas than they usually would. For example, to work from somewhere other than their apartment or socialise with others from a safe distance.

Residents can get in touch with us and each other at the touch of a button, and an explosion of ‘virtual’ events has helped people to feel connected, even while social distancing. The variety is amazing. We’ve seen virtual cocktail making, meetings, games, quizzes and film nights taking place in developments around the country, which has allowed community spirit to thrive in so many imaginative ways.

Never before has the value of building communities in BTR developments been more important to provide higher standards of living and greater customer satisfaction.

While it’s thrown up many challenges that none of us could ever have anticipated, let alone encountered, BTR has really come into its own.

At a time when the future is uncertain, BTR has survived and has the potential to thrive. The unknown will most probably be with us for some time yet, as we all wait for the dust to start to settle before we decide what to definitively do next.

As unsettled as the current picture may be, it’s inevitable it will encourage people to continue to rent for longer, elevate the overall appeal for fit for purpose living and increase the use of technology as an everyday enabler; all of which can be found at BTR’s door.

While lockdown has meant some changes to the BTR experience, the appeal of communal living is not just physical proximity to others. In fact, in many developments, we’ve seen the lockdown have a positive effect on communities and bringing people together, with most residents being keen to keep socially connected, even when they’re physically apart.

For more insight on how the pandemic has impacted the BTR market, read our next article, ‘Shaping the Build to Rent market in a post-Covid-19 world.’