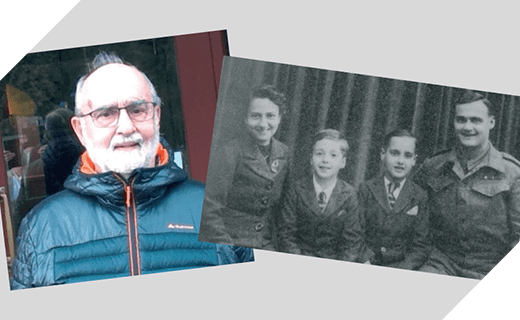 Blake Bromley, who is a resident at Farthings Court, Shropshire, certainly fitted more than most into the first ten years of his life. Travelling across three strikingly different countries and gaining experiences beyond his years, his early years’ memoir is set with the backdrop of war and post-war times.

So remarkable were his experiences as a young child, he has authored the book, Opams and Bundu Beetles, in which he recalls the fascinating sights and sounds of his life in Malaya, India and post-war England through the eyes and ears of an impressionable and curious child.

Blake was born in England in 1936 and spent the first six years of his life in Malaya, the birthplace of his mother, before being forced to flee to India with his brother and mother in 1945 following the Japanese invasion. This saw him travelling on one of the last ships to sail from Singapore before its fall. This sadly also marked the time his father, who stayed behind with the Army, was captured and imprisoned by the Japanese and taken to a Prisoner of War Camp, where he worked on the notorious Death Railway.

Read more in the latest edition of Life&Style magazine.

In India, Blake recalls exotic tastes of foreign food and peculiar processes, but also disturbing scenes of poverty, seen at its worst at station concourses, with beggars riddled with disease and ailments – vivid images that stay with a young boy for years to come. Thankfully, these memories are contrasted with happy ones, such as the time spent at his grandparents’ Mission station in Koyallagudem, which was completely cut off from the outside world, creating a haven of tranquillity and compassion.

Most memorable from his time in India were his experiences of D-Day, VE-Day and VJ-Day. Days, which Blake says will stay with him for the rest of his life. Blake beautifully describes the time he was reunited with his father once the war was over. Once 12 stone, the POW conditions saw his father reduced to a mere six stone, but in the eyes of a child, his father was instantly recognisable:

“I recognised my father, whose face I had not been able to conjure up in my mind until that moment, when after nearly four years’ absence the reality brought his features flooding back. He was in a smart new soldier’s uniform. I must have run faster than I had ever done in those earlier sports days shouting ‘Daddy! Daddy!’ and threw myself into his arms.”

In 1946, Blake and his family returned to England, where he and his brother attended boarding school, allowing his parents to return to Malaya for work. Blake beautifully and eloquently describes the stark contrasts between his time in India to post-war Britain in infinite detail and with humour:

“The greatest impression was in the pace of life. In India people ambled. In England, they walk with purpose, as they hurried to their destination and it was almost certainly as a result of the two opposing temperature extremes in both countries. Who would want to walk fast in a temperature hovering round 100 degrees!”

Blake’s memoir shows a young life well-travelled, tinged with sadness and loss, but undoubtedly overridden by the joy only gained through unique and memorable life experiences – certainly more than most have in their whole lifetime. It is perhaps, whilst imagining slight relief in Blake’s voice, that you read the last paragraph of his book where he points out that upon his return to Britain, he led life as a very ordinary schoolboy (with a story that many English people would easily recognise), but certainly with memories that have lasted a lifetime. 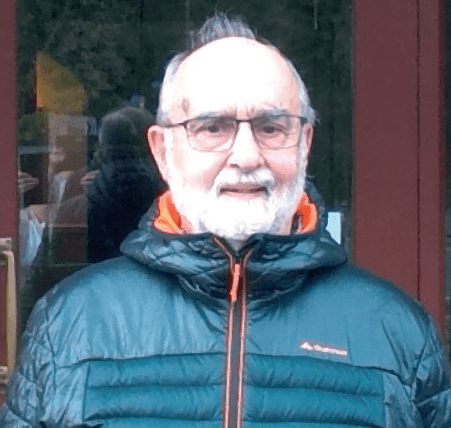