On Thursday 5th April, the class of 2018 FirstPort Graduates along with their manager, Learning and Development specialist Chloe Edwards, and Emmaus’ Sallie Winterbottom and Maria-Angela Wells, took on a daring challenge and climbed Mount Snowdon for Emmaus.

After months of preparing, training and fundraising, the team tackled the snow covered mountain completing the climb in roughly seven and a half hours. The novice mountaineers also raised an incredible £1,385. Once FirstPort matching and gift aid have been applied, the total amount raised will reach over £2700.

Chloe Edwards said: “I am immensely proud of what the graduates achieved whilst climbing Snowdon. We went up the hardest track which involved climbing up several metres of rock, which is tough at the best of times.

“Despite this the graduates all pulled together, supporting one another to get up and down the mountain safely, as well as raising both money and awareness of the amazing work that Emmaus do.

“An incredibly tough, but amazing day that tested everyone – the whole team did a brilliant job!”

Spencer Park, one of the graduates and charity champion, said: “Climbing Snowdon for Emmaus was a massive challenge for us all. It took a lot of hard work and determination to reach the summit, but it was definitely worth it, after all, the money we raised is for such a good cause. We’re all really proud of ourselves and it’s really rewarding to know the money we’ve raised is going straight towards helping to get people off the streets.”

Emmaus provide the formerly homeless with a safe home environment and the opportunity to rebuild their lives and engage in meaningful work.

Sallie Winterbottom, Corporate Partnerships Manager at Emmaus UK, said: “I was delighted to join the FirstPort team on their Snowdon trek. I would like to say a huge thank you to Spencer, Sam, Saope, Shaun, Fay, Yasmin, Ryan, Rokib and Chloe for truly pushing themselves and enduring the huge team challenge, and to all those who generously sponsored them.

“It was clear during the trek that FirstPort has an amazing team of people; they were so supportive of each other, it was heart-warming to see.

“Emmaus is so proud of our ongoing partnership with FirstPort. The fundraising total has now reached over £78,000 which is amazing. With their support four new rooms have been created for new companions at Emmaus Hertfordshire and another three rooms are currently being built at Emmaus Hampshire.”

It's really rewarding to know the money we’ve raised is going straight towards helping to get people off the streets. 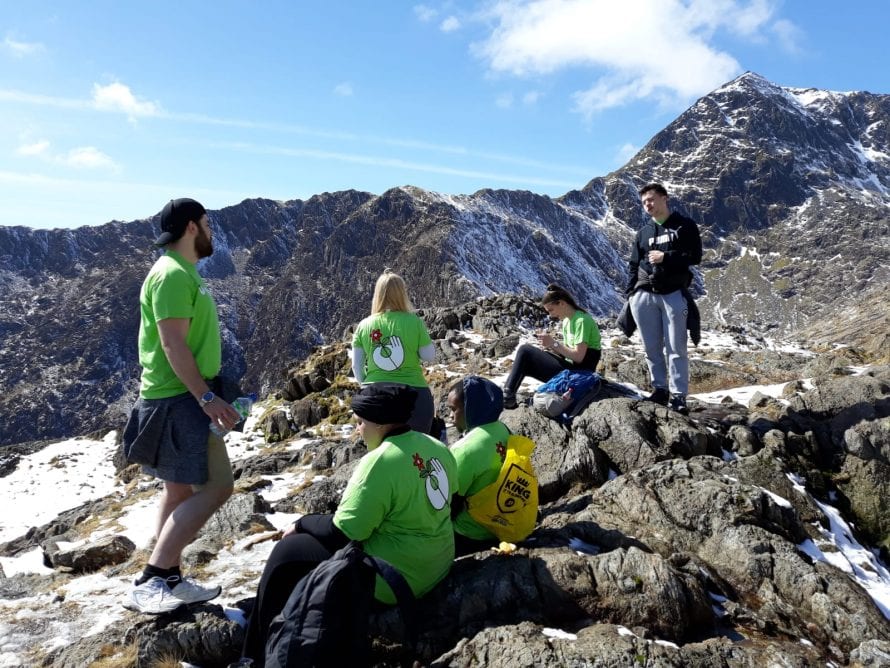