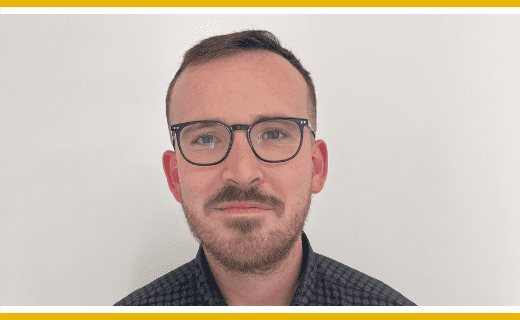 At FirstPort, our teams around the country are working hard to ensure that our customers are safe and happy in their homes, and we are proud that many of our colleagues have stayed with us and developed their careers in roles that help our customers every day.

Harry Thompson joined FirstPort in 2016 in a customer service role, taking customer calls and assisting with their queries, before taking a career break to go travelling. After returning to the UK in late 2018, Harry decided to resume his FirstPort career, rejoining the Customer Service team in a social media role, responding to customer feedback and enquiries received via our digital platforms, and liaising with the relevant teams to ensure their questions were answered and issues were resolved.

“I was offered the social media role, looking after various platforms,” explains Harry. “I was answering reviews, answering tweets, raising orders and liaising with property managers and different areas of the business to try and resolve customers’ queries.”

Harry successfully worked in the role for almost three years, during which time, he built a working knowledge of the various areas of the FirstPort group, as well as vast experience in working with customers to ensure the smooth running of the developments they live in.

“I decided after about two-and-a-half years that I wanted to broaden my horizons and broaden the knowledge that I’d already developed within the social media role and try to put it into practice,” explained Harry.

With an expanded array of knowledge and experience now under his belt, Harry took the opportunity to get hands-on, with a new role as Property Manager in the Colchester area. This new role allowed Harry to take an active role in overseeing the management of the places our customers call home. While this new position allowed Harry to draw on the knowledge acquired throughout his FirstPort career, it also allowed him to acquire new skills, by working closely with the experienced, specialist colleagues in the operations team.

“It’s such a different role to anything that I’ve ever done before, but one of the things that it has been easier for me is the fact that my team around me has been very supportive, knowing that my knowledge of being an actual Property Manager is very limited, but I have knowledge from other areas of the business.  I will continue to learn and grow, so having that support from the team has been fantastic.”

While Harry continues to thrive in his new role, he also looks forward to continuing his FirstPort journey in the long term.

“I’m very well looked after. I couldn’t ask for a better employer. I would like to progress further and it will definitely be within FirstPort. I can’t see myself going anywhere.”