International Day of Friendship: How friends can be found close to home 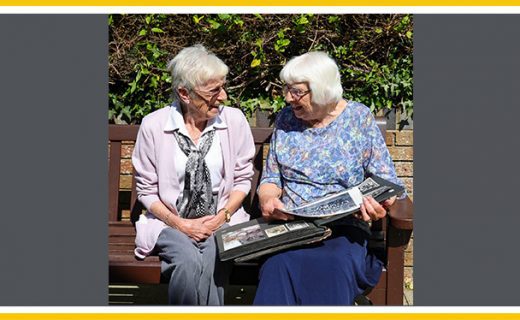 Blog > Retirement living > International Day of Friendship: How friends can be found close to home

Today marks International Day of Friendship, first proclaimed in 2011 by the UN General Assembly, which celebrates how friendships can build bridges between communities the world over. At FirstPort, residents across our 5,000 developments have embraced their local communities and have forged friendships with their neighbours.

Two residents at a FirstPort-managed independent retirement development in Hampshire recently shared their experience with Take a Break magazine, about how embracing the social element of their surroundings has truly enriched their lives, and how finding friendship on their doorstep helped provided comfort and companionship following personal tragedy.

“Looking around my new flat, I knew I’d made the right decision.” Said Angela.

“I’d moved into a retirement complex for older people with self-contained apartments.  But there was someone missing.  I gazed at the photo of my husband Philip, and my eyes filled with tears.  After 59 wonderful years of marriage, he’d died aged 76.

“Being without him felt like losing my right arm. And later, at a resident’s birthday party, I had a touch of new-girl nerves.  Then a lady sat down beside me.  ‘You’re new, aren’t you?’ she said.  ‘I moved in two weeks ago.’

“She introduced herself as Sheila and offered to show me around the FirstPort property Homeborough House, in Hythe, Hampshire.  Next day she took me out for tea, and Sheila confided she’d recently lost her husband too.

“’Douglas and I were married for 61 years,’ she said.  ‘I’m lost without him.’ Knowing there was someone who understood what I was going through meant the world to me.  Sheila took me under her wing, taking me to the local cafes, shops and pubs!  We spoke about our amazing kids — we had five between us — and put the world to rights.

“I’d previously suffered a brain aneurysm, and Sheila had osteoarthritis, so she helped me remember stuff, while I’d often fetch things she needed.  ‘You’ve got the brains, and I’ve got the legs!’  I chuckled.

“Our FirstPort director Samantha said:  ‘It’s a real joy to watch the fantastic bond you two have.’  During lockdown, our families couldn’t always visit, but having Sheila to talk to kept me smiling.  I can’t imagine life without her now. “

Reflecting on her friend’s words, Shiela commented: “It’s lovely to hear how much Angela feels   I’ve   helped her, but she’s helped me too.  She’s as close a friend   as I’ve   ever   had.”