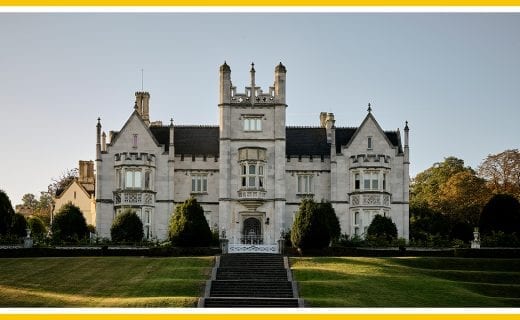 Ingress Park is a beautiful development on the banks of the Thames, in Greenhithe, Kent, consisting of; houses in village street scenes, apartments with views out over the water and a listed Victorian Abbey fronted by a stately boulevard and vast expanses of green.

The Estate (1200-1700)
People have lived in this area of Kent for hundreds of thousands of years. One can only imagine what life was like back in the chalk and lime times of the Romans and it’s certainly fascinating to consider life at Ingress Park through the ages.

From 1276 (a time when only the King could “own” land whilst others “held” the property) through to the 1500s, the estate was owned by the Crown; with the reigning monarch deciding on who to grant it to and what it’s purpose should be. These functions included a chapel, a monastery and an educational centre for women. When Henry VIII led the Dissolution of the Monasteries between 1536 and 1541, it was said that a nun put a curse on the estate saying that “no male heir would live to inherit the estate”. This was to prove true for hundreds of years, believe it or not!

In 1561 Queen Elizabeth granted ownership to John Bere and Edward Darbyshire, the first time the Crown would not own the estate. They promptly sold it later in the year.

In the years that followed the estate was sold a number of times for a variety of reasons and prices. It eventually evolved into a Mansion House, Manor, farm, chalk cliff, lime kiln, wharf, salt and fresh marsh and would have been a considerable size and subsequent asset.

Ingress Park (1700-1900)
John Calcraft, MP for Rochester from 1768 until his death, rebuilt the house he bought for £5000 and renamed it Ingress Park after buying several adjacent estates to enlarge the gardens. Ingress Park was created using the new and modern ideas of Capability Brown and had many spacious and stylish refurbishments. These included an elegant apartment overlooking the river and natural woodlands, a development that continues to be associated with the modern day site.

Through the years that followed, Ingress Park was owned by a variety of wealthy and well-connected people, most notably lawyer James Harmer. Harmer decided in 1833 to build a replica of a 16th Century grand mansion, ‘Ingress Abbey’. Following this, a number of Victorian follies were also built surrounding the Abbey, a lot of which can still be seen today.

Development (1900-Present)
From 1900 through to the current era the site has been home to a number of different ventures, beginning with a Wallpaper Manufacturers and a cement company in 1906. This turned into a Nautical Training College in a matter of years and during this period the land even included a first-class cricket ground, four tennis courts and swimming baths.

After a few failed ventures, we fast forward to 1998 and an ambitious redevelopment plan was submitted to Dartford Council by Crest Strategic Projects Limited. This included the building of houses, a hotel, conference centres, extensive leisure facilities and continued restoration of the now dilapidated old famous estate.

Plans developed with the first stages of work including stabilising the Abbey, which was threatening to come down, and a £220,000 renovation of seven Victorian follies. Now the Abbey has been beautifully restored and forms the centre of the new Ingress Park. The modern-day Ingress Park consists of over a 1000 new build freehold houses and leasehold flats as well as many other facilities.

Modern Design
Ingress Park as we see it now was a project designed by Gardner Stewart Architects, a project which has been recognised by awards at a regional and national level. Landscape architect Murdoch Wickham designed the public elements to the site, including a heritage trail taking in a number of follies in the Abbey’s grounds. The site was nominated for Development of the Year in the 2007 Daily Mail on Sunday’s British Homes Awards, which had this to say about it:

“Around the site’s assets – its historic abbey, the waterfront and woodland areas – architect Gardner Stewart has designed the scheme in eight distinct character areas to create a strong sense of place and neighbourly environments. For the homes, Gardner Stewart has taken its inspiration from the Kent vernacular, assembling townhouses, mews and apartment blocks into contiguous village-style street scenes.”

Ingress Park remains completely in keeping with the famous history of the Abbey and surrounding grounds. All of the site’s assets have been incorporated into making it what it is today; not only a great place to live but also a flagship development for FirstPort Bespoke Properties.