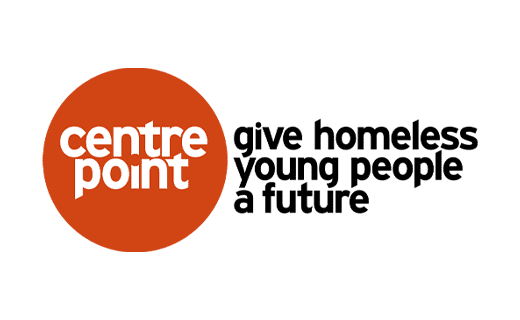 The study highlights the social and financial risks that young people can encounter in this form of work, due to a lack of guaranteed and regular hours that can also restrict their access to key benefits if income fluctuates from month to month.

Difficulties with benefit claims included benefits being stopped with no explanation; the incorrect amount of benefit being paid because the system is not responsive to fluctuating hours; and the amount of benefit received changing due to irregular wage payments.

Young people’s experiences indicate that the benefits system is not set up to interact effectively with precarious forms of employment. A particular issue is that once someone earns above a certain amount one month, their Housing Benefit – as well as their Universal Credit – is cut the following month, even if their earnings have not remained stable. This means many are pushed into rent arrears with their housing provider, which disincentivises young people from taking on paid work for fear of getting into debt.

Survey respondents typically earned £7-9 per hour – the minimum wage for their age group. They generally reported being happy with their rate of pay, but only if they were receiving a high number of hours, which was rare. The biggest aspiration among the young people surveyed was to work in a ‘stable and reliable’ job, charicterised by 9 to 5 working hours, 40 hours per week, on a permanent basis. Respondents reported that the JobCentre Plus encouraged them into any type of employment, not considering the quality or nature of the work.

Kai was aged 17 and living in temporary accommodation when his father passed away. With no other support, Kai had to drop out of college and take on all the bills. He started working on zero-hours contracts in security aged 19. As he was paying tax, he assumed his income would be declared. By the time he was made aware that he would need to declare his income, he was in several thousand pounds’ worth of debt.

Kai says: “I’m still paying the debt back now, on a payment plan. The amount I’m expected to pay has gone up to the extent that I can’t pay my rent – but the government doesn’t care.

“I’ve had friends who’ve been on zero-hour contracts but working full-time hours, and then all of a sudden their hours are reduced to nothing. Imagine how rubbish that makes you feel?

“Stressful is the one word I’d use to describe this kind of work. How can you cope on a zero-hours contract? I don’t have any work for the next two weeks. I’d much rather have full-time work. All it’s done has mess up my benefits. They need to find a way to make the benefits system work around zero-hours – at the moment the different parts of the system just don’t talk to each other so if you don’t earn consistently it’s a nightmare. I think it can stop people becoming independent.”

Centrepoint is calling for the Government to review the way Universal Credit interacts with Housing Benefit for people in supported accommodation like hostels, so that it does not disincentivise people from working, or push them into rent arrears.

Senior Policy & Research Manager Abi Gill said: “Young people who have experienced homelessness are often entering adulthood without the family support networks most of us benefit from, so they need to earn money to support themselves financially. Temporary or zero-hours employment can be an attractive option in this scenario, especially for those who lack formal qualifications or experience.

“But the welfare system has not kept up with the growth in this type of employment. It’s not right that young people who are trying their best to earn money and support themselves are penalized by an inflexible system that can leave them in debt and in fear of taking on work in the future.

“Centrepoint is calling on the Government to review Universal Credit to make sure young people are not pushed into rent arrears, or deterred from working for fear of ending up in debt.”

Principal report author Jonathan Buzzeo from the Institute of Employment Studies (IES) said:“Our research highlights that young people with experience or who are at risk of homelessness can find it difficult to compete for more stable employment opportunities.

“This can be compounded further by a benefits system that does not respond well to fluctuating hours and the real risk of debt accumulation due to incomes not meeting living costs.”

I’ve had friends who’ve been on zero-hour contracts but working full-time hours, and then all of a sudden their hours are reduced to nothing. Imagine how rubbish that makes you feel?

About the Institute for Employment Studies (IES)

IES is an independent, apolitical, international centre of research and consultancy in public employment, policy and HR management. It works closely with employers in all sectors, government departments, agencies, charities, professional bodies and associations. IES is a focus of knowledge and practical experience in employment and training policy, the operation of labour markets, and HR planning and development. IES is a not-for-profit organisation.