Resident, and author, Susan Wall explains what inspired her to write a book 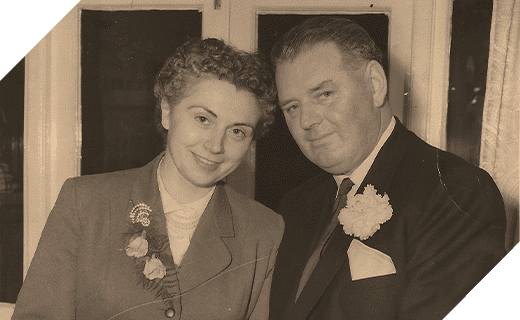 Blog > Real Residents > Resident, and author, Susan Wall explains what inspired her to write a book

I am a resident in Charles Dickens Court, Portsmouth one of the developments that FirstPort manages. We receive the residents’ magazine, Life & Style  and I am always interested in reading this blog to see what interests other customers.

I recently published a book about my parents and thought that perhaps their story might be of interest to other residents.

Inspired by the letters written between my parents, ‘True Love Conquers All’ fuses fact and fiction to tell the story of a British Army soldier posted to Germany in 1953, who falls passionately in love with a German secretary – at a time when both nations were scarred by a war that had only recently ended. It’s a story of Hitler’s rise to power told through the eyes of a German national who was there, the social histories of two nations who suddenly found themselves as friends… and a bold reminder that love transcends any and all adversity.

My parents tell no run-of-the-mill love story; it’s an adventure of two soulmates bound together in what would have been deemed a ‘forbidden’, even illegal, relationship just years earlier.

John had served in the British Army for 30 years when he was posted to Germany in 1953. Erika was a German national and a secretary in Tax House, Lübbecke, Germany where John was based. John literally bumped into Erika in a corridor and for him, it was love at first sight. He pursued Erika by way of astonishingly wonderful love letters. Eventually, Erika succumbed. It was not an easy journey for them. It was only a few short years after WW2 when both their countries were at war. The Nazis had performed numerous atrocities that were still fresh in people’s minds. But their absolute love for one another endured through adversity.

This is semi-biographical, some fact some fiction. Written from the point of view of Erika, my mother.

The story covers 1900 to 1964. It recounts my mother’s life far and beyond her relationship with my father, to paint a frank social history of Germany as Hitler rose to power – and the bitter feelings my mother had toward Germany in the aftermath of the Nazi atrocities. Paralleled to this is the chronicling of my father’s three-decade Army career, which included moving my mother to the UK for them to settle in the late 1950s.

This all started as a project for me to document their lives for my own daughter, who sadly never knew them. It’s amazing how much they packed into their short marriage; unfortunately, my father died in 1964 when I was just seven years old. But their story is a bold chapter in the wider history books and deserves to be preserved. I’m so pleased my parents carefully kept so many documents, because today they paint a vivid picture of their unique and tumultuous lives.

When I started the project it was simply to give my daughter a better understanding of her grandparent’s lives as she never knew them. In 1989 when my mother died, I inherited a box of some 60+ love letters. These became the basis of the short story.

When I started the project it was simply to give my daughter a better understanding of her grandparent's lives as she never knew them. In 1989 when my mother died, I inherited a box of some 60+ love letters. These became the basis of the short story.