Retirees Helping to Develop Robots for our Future Homes 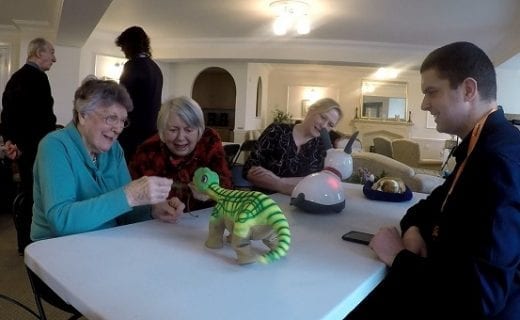 Future-gazing residents at FirstPort retirement development, Wesley Court in Plymouth have taken part in a research project to develop robot helpers and companions for our future homes.

Ray Jones, Professor at the Centre for Health Technology, University of Plymouth, is the person behind the research, which has now featured in the BMJ Open Journal. He asked residents of Wesley Court, where his mother lives, for their assistance in helping develop companion robots that will add real value to the lives of older people in the future.

“We are developing a number of different robots,” says Ray. “Some are in animal form and are designed for companionship and to help reduce loneliness, whilst others are designed to look like humans. Hopefully it’ll be like having another pair of hands around your home. The robots are also being considered as companions for astronauts on long journeys.

Ray brought a range of robots along to Wesley Court to meet residents, these included furry, interactive animals, and Pepper, a human robot standing around four foot tall.

“The residents’ feedback has been incredibly helpful to inform the development of these robots,” says Ray. “We found that older people tend to prefer familiar and realistic robots, such as the cats and dogs compared to a widely research robot seal (Paro) from Japan. Also, older people really value what we call life-simulation features – so they like the robot to be able to speak to them or make eye contact with them. It’s the personal touches that create a feeling that the robot is a friend or companion, rather than just a machine.”

The residents also provided feedback to help with the fine-tuning of the human robot, Pepper, making sure it understands the voices of older people and helping to make sure it can speak in a way that is clear and easy for older people to understand. They also taught it when it was acceptable to approach someone and start interacting with them by recognising body language and pauses in conversations.

Resident, Dennis Gilling, says: “It’s amazing to think that robots like Pepper may become as commonplace as having computer or laptop in your home in the future. It was like having young child around the place and we all found ourselves becoming quite attached to Pepper! I like to think our contribution will help make these robots more user-friendly for older people who will certainly benefit from their assistance practically for things like appointment reminders, and also emotionally too. The animal robots were really life like – the cats even purred. I can see how they could alleviate loneliness in older age without the responsibility of looking after a pet.”

Keith Shields, Managing Director of FirstPort Retirement Property Services, says: “Many of our residents have moved into a retirement development because they value the community and companionship this type of living provides. For our residents to offer their time and experience to develop robots that will help other older people feel less lonely and better supported is really rather special.”

I like to think our contribution will help make these robots more user-friendly for older people who will certainly benefit from their assistance practically for things like appointment reminders, and also emotionally too. 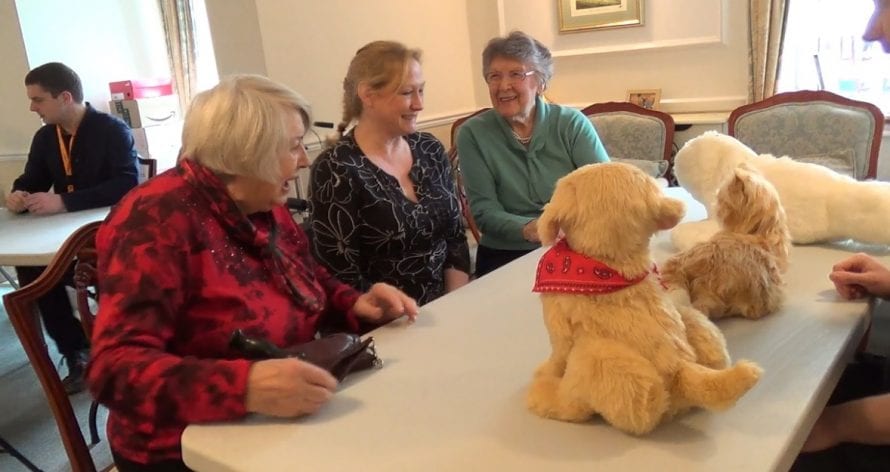 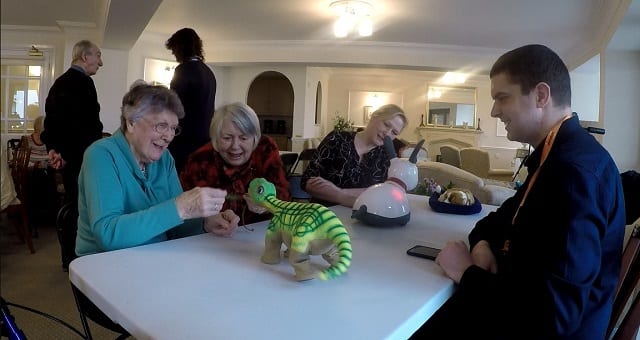 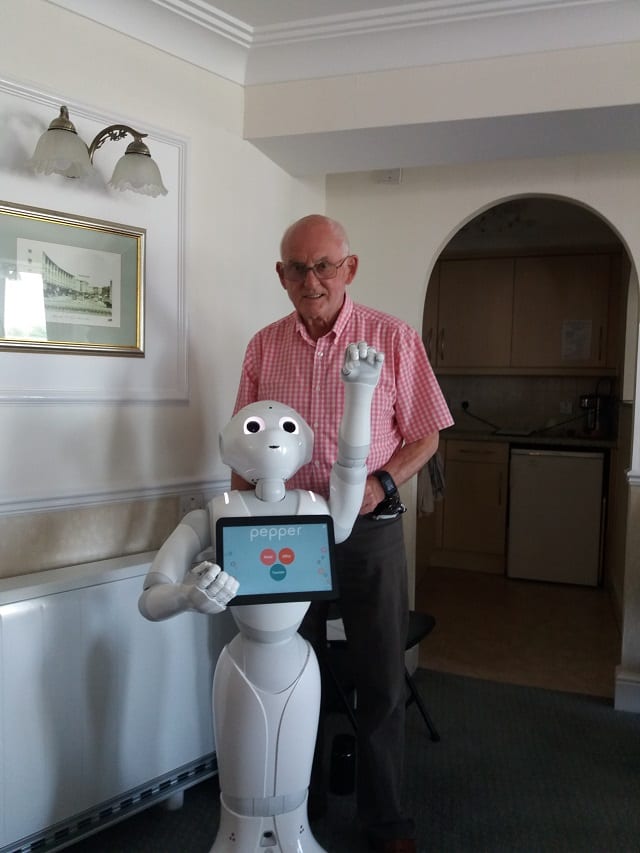 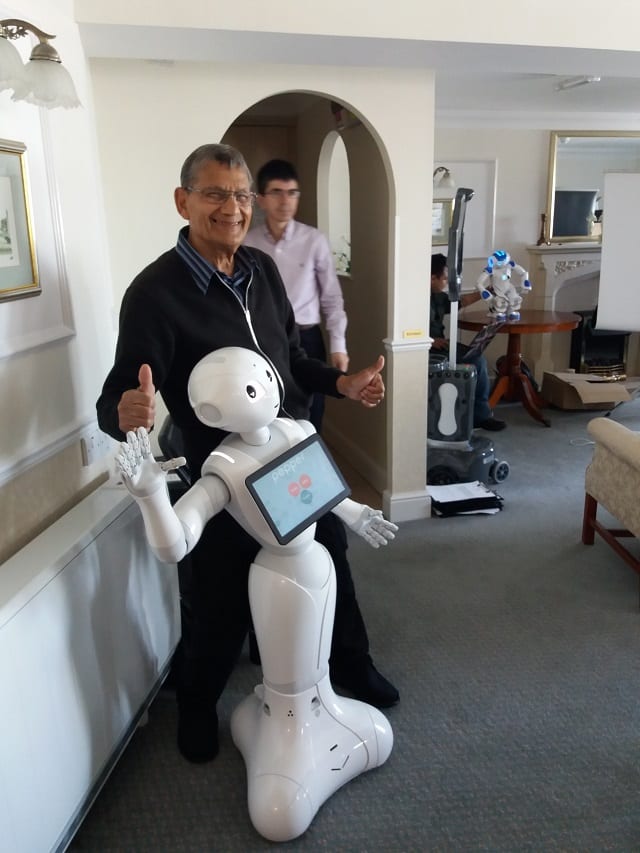 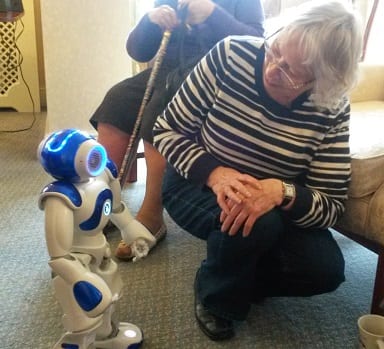 Resident Kathleen Lockyer interacting with one of the human robots