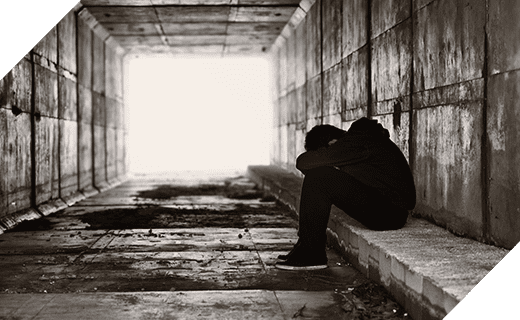 According to Centrepoint, FirstPort’s charity partner, over 100,000 young people in the UK approached their local authority for help last year because they were homeless or at risk of homelessness.

Now, in the wake of the Coronavirus pandemic, Centrepoint is warning there will be more pressure on local authorities as demand for services increases, and financial resources are further stretched to cope with the crisis. The Freefone Centrepoint Helpline has already seen calls from young people who have become homeless as a direct result of Coronavirus.

Centrepoint’s annual Youth Homelessness Databank report revealed that, between January and March 2019 an estimated 24,455 young people approached their council in England as they were homeless or at risk – with over 3,500 of them in London.

“The government has repeatedly told everyone to stay at home – but that is simply not possible for some of the country’s most vulnerable young people.

“Alongside the common causes of youth homelessness, we are already hearing from young people who have been evicted from accommodation tied to their work or who have been forced to leave where they were staying as the people they live with wish to self-isolate.

“What happens when a young person has nowhere else to go is crucial. This research shows how some local authorities were already struggling to find the resources to help those young people approaching them because they were facing homelessness. In the middle of an unprecedented pandemic, we must not get into a situation where housing offices are closing their doors and no alternative provision is in place to help those needing their support.

“The government are already stepping up support for homeless young people but they need to go further and ensure every local authority continues to provide support and by ensuring that charities and councils have enough funding carry out their responsibilities.”

In England, where 90,000 approached their local authority, only 1 in 3 received a “positive outcome”, where homelessness or risk of homelessness was resolved by either preventing it or alternative accommodation was found.

This is the first Databank report since the Homelessness Reduction Act came into effect last year. The new law places an obligation on all councils to provide support to prevent and relieve homelessness, such as providing information and advice or developing a personalised housing plan.

Prior to the Act, young people in priority need would have received a main duty assessment straight away. Now they must first undergo the relief duty process, where they are first required to lead their own housing search for 56 days. This creates added difficulty and delay for young people in crisis, such as those fleeing domestic abuse, experiencing mental health problems or nearing full-term pregnancy.

The Databank’s findings, based on Freedom of Information requests to 326 local authorities, revealed the new legislation has had a mixed impact, with local authorities struggling to discharge their duties under the Act, often citing a lack of the necessary resources.

Last week Centrepoint led a national coalition of homelessness charities in signing a letter calling on the government to provide clearer guidance for local authorities, and to make sure emergency funding is available to enable those who are homeless or living in homeless hostel accommodation to effectively self-isolate.