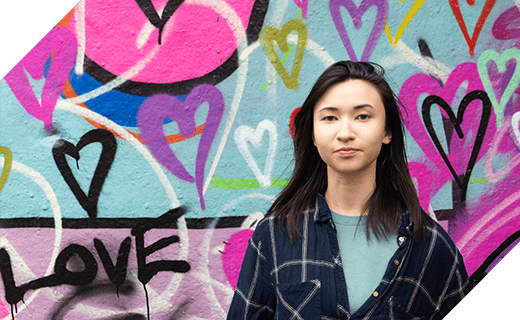 As the UK marks Pride month, Centrepoint, FirstPort’s charity partner recently issued this press release, says Clive Booth, PR Manager at FirstPort. The UK’s leading youth homelessness charity, has revealed that 11% of the young people it supports across the country identify as LGBTQ+.[1]

Centrepoint’s figure only covers those who disclosed their sexual orientation, so the total proportion may be higher. Family breakdown is the single biggest cause of youth homelessness among the young people Centrepoint supports, accounting for roughly two-thirds of cases [3]. In many of these instances, a young person coming out to family members is likely to be the cause of homelessness.

This comes at a time when the housing crisis and increased cost of renting in particular is forcing young people across the country to rely on family support to meet their housing costs. Centrepoint research found that the proportion of young people relying on income contributions from parents and grandparents has leapt from 11% to 36% since the charity was set up 50 years ago. The proportion of young people moving back into their family home after first moving out has doubled from 24% to 48% during that time [4].

For young LGBTQ+ people who have become homeless because their family does not accept their sexuality or gender identity, this support is not available, meaning they are particularly vulnerable to homelessness. 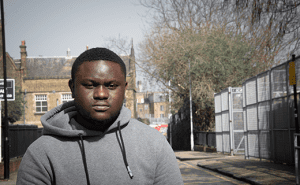 The proportion of people who have been homeless, sofa-surfed or stayed somewhere they felt unsafe before they were 25 has increased from 12% to 26% over the past 50 years. Over 103,000 young people ask for help each year because they are homeless or at risk.

Monica Gallo, a psychotherapist employed in Centrepoint’s health team, says, “Identifying as LGBTQ+ is absolutely a factor in young people becoming homeless. There is still a lot of stigma and intolerance. Young people at Centrepoint may already have experienced familial rejection, violence or abuse. Think how much this might increase if the young person identifies as LGBTQ+.

“Many people would be surprised to find out that accepting their own gender and/or sexual identity is not a big struggle I see among the LGBTQ+ young people I work with. I think this shows how far this generation has come in comparison to previous generations. The issue now is how to manage other people in their lives who may not accept their identity. This is where their own acceptance may come into question as they may feel they aren’t worthy of love or respect or happiness, particularly when it is a family member or close friend who has expressed this negative attitude towards who they are.”

Gallo also points out that once homeless, young peoples’ risk of exploitation and grooming increase – this is a risk for all homeless young people, but some LGBTQ+ young people may be at greater risk because they are desperate for stability and acceptance that they cannot find at home.

Case studies:
Becca – kicked out of her only safe space
Becca lived with her Nan growing up because things were difficult at her mum’s house. When her Nan discovered Becca was a lesbian, she kicked her out aged 16. ‘My Nan’s house was always the safe place I could go to. After my safe place was gone I had literally no one else. Once I moved into a hostel I found a lot of people who’d been through similar situations, who were homeless purely because they were gay. 11% sounds quite low to me.”

She says, “I think young people are always going to be made homeless because of their sexuality. One of my friends in Liverpool recently came out as bisexual and he got jumped by four guys. He got a black eye and a popped his lip. That was last week. It seems on the surface that it’s getting better but really nothing is changing. There are only a few communities you can be safe in and be yourself in. Once I got in touch with Centrepoint and met Gareth, a member of staff there who helped me, that was the most support I’ve ever had in my life. You find family in the strangest places.”

Gary – made homeless in the 90s when homosexuality was still illegal for under-21s
Centrepoint has supported young people who’ve become homeless due to their sexuality since it was founded 50 years ago. Adam became homeless in the early 90s aged 18 after a family member read his diary and discovered he was gay. “I came home one day and my bag was packed and that was it; I was told that I was disgusting and that I had to leave. I ended up homeless and rough sleeping. At Centrepoint, it was so good to have a safe space and people looking out for you. One member of staff really helped me, she just kept telling me it was ok to be gay. She encouraged me to have pride in who I was. Centrepoint also made me realise how many people were like me – a lot of people there were gay or lesbian. I didn’t feel so alien anymore.”

Sara Cox, who is an ambassador for the charity, says, “It’s heartbreaking that so many LGBTQ+ young people find themselves homeless because of who they are. Centrepoint’s support for these young people is so much more than just a bed. They also provide mental health and counselling support, so that young people can move forward with their lives. As we celebrate Pride month, I couldn’t be prouder to support their life-changing work.”

*not his real name