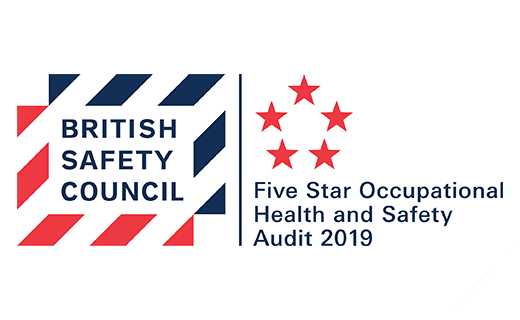 This follows the announcement in December 2019 that FirstPort had been presented the prestigious Sword of Honour from the British Safety Council, an award recognising organisations that have reached the pinnacle of health, safety and environmental management.

The extensive safety audit was carried out by the British Safety Council in November and December, and examining our Health and Safety management system. FirstPort scored an exceptional 98.6% rating.

The auditor said: “The CEO’s commitment and passion are evident throughout, with equal support from management at every level. Their strong customer focus, charitable support and community involvement are notable in setting best practices. The wellbeing strategy, plans, programme and measurement of effectiveness are well developed and being effectively implemented, again setting best practices. There are continual improvements being implemented throughout all areas of the organisation.”

Mark Varley, director of Health and Safety said: “Achieving the five star grading for a fourth consecutive year is outstanding. We’re honoured to achieve such a well-respected third party endorsement which is recognition that we put Health and Safety at the heart of everything we do at FirstPort.”

David Parr, Policy and Technical Services Director at the British Safety Council, said: “FirstPort’s award of a five-star grading following our occupational best practice Health and Safety Audit is an outstanding achievement and is reflective of a proactive organisation which is committed to continual improvement in its health and safety arrangements and managing risks to workers’ health, safety and welfare.”

About the Five Star Occupational Health and Safety Audit

The Five Star Audit  is a comprehensive, contemporary and quantified process which benchmarks health and safety management performance against the latest best practice techniques.

The audit process is carried out through documentation review, management and other stakeholder interviews, as well as operational sampling.
Those organisations who achieve a five-star grading following the audit become eligible to enter the British Safety Council Sword of Honour Awards which recognise excellence in the management of health and safety.

The award scheme is an independently adjudicated process which requires five star achievers to build upon the audit findings and provide a written submission on their continual improvement planning.

About the British Safety Council

The British Safety Council believes that no-one should be injured or made ill at work.

Since its foundation in 1957, the British Safety Council has campaigned tirelessly to protect workers from accidents, hazards and unsafe conditions, and played a decisive role in the political process that has led to the adoption of landmark safety legislation in the UK. Its members in more than 60 countries are committed to protecting and improving the wellbeing of workers, believing that a healthy and safe work environment is also good for business.

As part of its charitable work, the British Safety Council leads health and safety networking forums for all sectors, facilitates and promotes best practice in Britain and overseas. It also offers a range of services and products, including training, qualifications, publications, audits and awards. The British Safety Council works closely with organisations, charities and individuals who share its vision of ensuring that every worker goes home at the end of the day as healthy as they were when they went to work.