A new lease of life

Although statisticians have been talking about the UK’s ageing population for a long time, the numbers are still eyebrow-raising when viewed up close. Ten years from now, over-65s will account for a fifth of the population, rising to a quarter by 2050. Add in the fact that the number of over-90s is set to double in the next decade and it’s clear a serious national debate around retirement housing is long overdue.

It all raises questions such as where and when to provide retirement homes, how to help residents integrate into local communities and exactly where this sector fits into future housing policy as a whole.

He highlights the need to build more retirement homes, since demand is not matched with provision. Estimates suggest there is potential need for 1.7 million purpose-built homes for older people. “There are between 5,000 and 6,000 retirement homes built each year but we need to be building five or six times as many,” Shields explains.

Another issue is the need for different types of retirement property to suit wide-ranging situations and needs. “Some people may have retired at 65 but for others the idea of retiring at that age is long gone.”

This is borne out by latest Office for National Statistics figures for December 2017 to February this year, which showed just under 1.2 million over-65s are working. That’s equivalent to 10% of the entire age group, almost double what it was 25years ago.

“The older population is diverse, ranging from 55-year-olds up to people in their 90s, so there’s no one-size-fits-all answer,” says social care expert Sara Livadeas, who has 20 years’ experience at national and local level.

For many, the equity and wealth they’ve built up in the family property is an opportunity. After all, this is one of the most affluent over-65 cohorts of all time –those who have benefited from unprecedented property price growth topped off with generous endowment and pension schemes. To put it into context, total property wealth owned by over-65swho’ve paid off their mortgages is near a record high of more than £1.101tn after growing £37bn during the past year, according to Key’s Pensioner Property Equity Index. Many over-65s rattling around in four-bedroom houses would jump at the chance to free up equity, if there are suitably enticing alternatives. One of the issues holding back provision of more purpose-built retirement housing is resistance from local authorities who (wrongly) fear it will put more pressure on local services, such as GPs. Livadeas points out that, in fact, evidence shows the opposite is true: “Individuals have better lifestyles and healthier outcomes when they are in retirement homes or housing where care is provided onsite. People are less likely to have to go into care or have a fall and end up in hospital, which all translates into reduced costs for the NHS and state.”

But just as the retirement housing industry might be getting used to this age of affluent baby boomers, attitudes towards buying appear to be shifting. As so-called Generation Rent, renting well into their 30s and 40s, comes up through the ranks it seems the ability to own a home is no longer a given. “If you have rented from a relatively young age and that’s all you’ve ever known, renting is the new norm,” FirstPort’s Shields points out.

Renting also offers flexibility – something the former-hippy generation rate highly. Shields adds: “In the past, the model was for people to sell their family home then buy a smaller property in a development like the ones we run, but that’s changing. People want to free up equity to have a bit of fun, help sons and daughters or grandkids, because things are tough for Generation Rent.”

Shields, whose background is in senior roles across the service industry and facilities management, says FirstPort is drawing on 40 years of experience, insight and data in retirement housing to devise strategies to deal with future challenges such as loneliness and dementia, which affects one in six over-80s. As part of this, the firm is consulting Livadeas, who has played an active role in Care England and ARCO (Association of Retirement Community Operators) and held executive roles in a large local authority and national charity. “People can live for a long time with dementia quite happily if they have the support of families and solid care around them,” says Livadeas.

FirstPort is training employees to recognise dementia and take a pro-active approach. Shields explains: “Dementia has a significant impact not just on individuals and their families but also on a development. We’re particularly keen to understand not just the impact of dementia but also the broader issues facing our residents as they age, which is why we work with Sara and her organisation Social Care Works.

“Although we’re a property business, we recognise that the people living in the homes we manage come first. We therefore realised a while ago that we have to be cognisant about dementia because of the way it impacts the daily lives of some of our customers.”

Loneliness has been identified as having as major an impact on people’s health as smoking, says Livadeas, and she has worked with FirstPort to develop a strategy for helping retirement customers expand their social life. FirstPort development managers already organise regular events such as coffee mornings, fish-and-chip nights, book clubs and lunch groups. There’s also emphasis on connecting with the local community, such as inviting in children from nearby nurseries or schools, knit-a-thons and local clergy coming in to hold mid-week services – all of which improves wellbeing.

Physical décor and layout also play a part inputting residents at ease and helping them socialise. “We are looking at using design to divide a big lounge into smaller more intimate areas and deploying colours and objects to encourage socialising,” she adds.

Technology is also important and FirstPort employs ‘digital eagles’, whose role is to help customers and improve their digital skills. One 91-year-old living at a development in Leeds had never ventured online until the development manager taught her how to use the internet. It meant she was able to share emails and swap photos with family and friends around the world.

With 1,400 staff working at FirstPort’s retirement developments, technology also plays an important part in training, Shields explains. “We use e-learning for things ranging from health and safety and refresher courses through to training about dementia. It’s been very successful, because it’s easy to connect to our online platform from a laptop or digital device, it’s really flexible and gives employees the option to do training modules when it suits them.”

He believes e-learning works best when combined with traditional face-to-face training and appraisals, including bringing development managers together regularly.

As older people become increasingly internet savvy, it opens up exciting possibilities for the way in which technology can be harnessed to support residents. According to ONS figures, almost three-quarters of over-65s use the internet and the International Longevity Centre says over-75s are showing the fastest uptake, doubling from 20% in2011 to 41% by 2017.

Shields cautions technology will never provide all the answers but is a valuable tool. “Technology is an enabler and can be used to support the way people live their lives but there will always be a people interaction in some way.

“The business has been involved in the retirement sector for more than 40 years now, so we have a very good understanding about how retirees want to interact with us but we’re keen to understand what future retirees will want and need. It’s not just about providing a place to live but building a community they can enjoy and link to other sources of entertainment and exercise.” 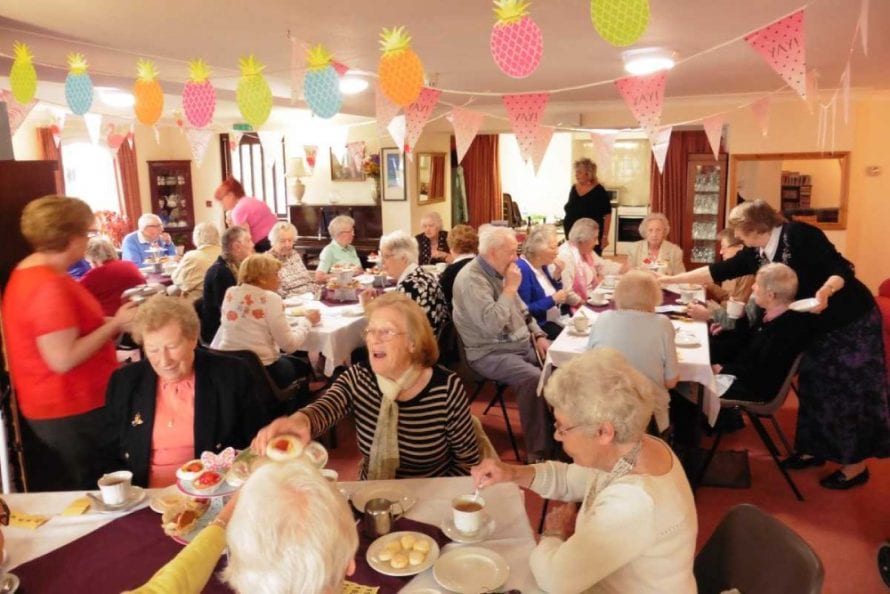