Build to be rentable

To get ahead and stay ahead of the competition in the burgeoning BTR sector, your property must not only initially tempt new tenants but offer a long-term living prospect and home they don’t want to leave…

According to the British Property Federation, there are 124,000 build to rent (BTR) homes complete, under construction or in planning across the UK. It’s safe to say BTR is popular with investors, developers and customers alike but what’s driving this sudden popularity?

According to Jeremy Ogborne, Business Development Manager of residential property management firm FirstPort, there’s been a mind-shift in attitude and the stigma around renting has long gone. He explains: “It’s not just the 25-35-year-old demographic occupying these new BTR schemes, we’re seeing a complete spread – from 20- to 80-year-olds.”

He added: “These developments are designed and built fit for purpose, with customers viewing BTR as a tenure of choice, not just as a short-term housing fix.” In fact, Ogborne says FirstPort is in discussions with clients about growing demand for larger BTR units.

Ogborne adds: “We must not forget the 65+ age group who are seriously looking at BTR now as an opportunity to release equity by downsizing into fit-for-purpose accommodation.” New developments are springing up all over, with the total number of BTR homes in the regions having recently overtaken the total in London.

Outside the capital, hotspots are in Manchester, Bristol, Bath, Birmingham and Leeds, while towns attracting investment include Crawley, Bournemouth and Milton Keynes. So, are we likely to see oversupply in some of the most popular regions?

Not a chance, according to Dave Butler, interim Chief Executive of BTR trade organisation UKAA. He is quick to point out that BTR is still less than 0.5% of the UK’s total rental supply, and 98%-99% of the market is still buy to let.

He explained: “The impact of BTR will mainly hit individual, amateur landlords. “As BTR becomes more prevalent we’ll see BTL landlords who are not providing value for money exiting the market, in accord with the long-term trend towards the professionalisation of the market.”

But in hotspots such as Manchester or Bristol, when more than one BTR development comes to market at the same time, how can individual developments stand out? Ogborne says: “Any new scheme that comes to market is shiny and desirable for the length of the initial term of tenancies.

“Thereafter and as additional schemes start coming to market, yours will be classified as potentially second-hand, so it’s vital clients are prepared to continue investing to make sure it remains equal to, if not ahead of what else is out there.”

He adds: “Whether it’s simple fabric refurbishment or the introduction of proptech, it’s that flexibility.” This includes the ability to re-configure layout within buildings, particularly in communal spaces. According to Ogborne, there’s a move away from expensive amenities, such as swimming pools and gyms, to more flexible, open-plan space that can be used for a variety of purposes, including co-working.

Dave Butler believes the answer to making one BTR proposition stand out from its competition comes down to customer segmentation. He explains: “Have you thought about who your customers will be? Has that thought been built into the physical design of the building and the experience you want your customers to have?”

Of course, achieving this is not as easy as it sounds. Firstly, there’s the problem of distribution. As Butler points out, going through the Rightmoves and Zooplas of this world can make it difficult to distinguish one apartment from another.

“The pictures all look the same”, Butler says. “So, you have to think about how you are going to market, which might involve going directly to potential customers.” For example, if some customers are working in a particular financial institution, market directly to that employer.

He adds: “Start thinking more about how your marketing strategy can use the people you already have in your building.” This includes creating friendship groups within the building, as research shows residents who are friendly with other residents are more likely to stay.

Proptech is a key weapon here, Butler points out, as data collected through referencing and deposit management processes is gold-dust when it comes to understanding customers, designing the proposition, route to market and distribution channel.

“Failure to do that will be a recipe for failure,” he warns. “If you just create another ‘me-too’ development that assumes it commands a premium price because it’s shiny and new but don’t spend time thinking about the whole-of-life operation, it will fail.

“In time, it will become just another tired scheme full of apartments that don’t get let at premium or even market prices.”

To stay desirable and keep voids to minimum, Ogborne points to the need to balance a BTR building’s identity and aspirational value with warmth and comfort. He points out: “If people are going to call this ‘home’, which is the model we want to work to, and actually look at staying there long-term, then we have got to make these places feel like home.

“We’re not aiming for a hotel scenario where, as soon as you walk through the door the concierge leaps up and greets you effusively.

“People want something they feel comfortable with and a lot of thought still has to go into how clients design in those factors while still retaining those aspirational factors.” Ogborne says much of this comes down to clever and innovative design, ranging from a proper entrance to placing communal facilities such as the post room, car park or bicycle store within easy reach.

Problems come with buildings that have been re-purposed for BTR, he says. “We need to move away from those soulless ‘vanilla’ corridors. “Everything needs to feel warm and engaging with clever lighting schemes and designs which feel spacious.”

Dave Butler believes giving residents engagement and involvement in what happens to them is vital to helping them feel part of a community. He says: “Interacting with fellow residents on social media or at social events is what binds them together and creates stickiness, which is what we want.”

Having a property manager on site is crucial, Ogborne says, as personal engagement with customers can make a huge difference to whether they renew. He cites examples where customers have downsized or upsized but remained in the same building, boosting retention and avoiding churn.

He says: “That ability to move around as your needs grow is a direct result of customer engagement so having good, well-trained site staff who have empathy and understand the customer is key.” Longer leases are also key to persuading tenants to stay longer, with three-year leases now industry standard.

And as the BTR market becomes more competitive, detailed consultancy before design is fast-becoming a must-have. Design and build decisions have to be based on research and developers and investors need to take a longer-term view when it comes to design, particularly around communal areas and operating costs, both agree.

Ogborne explains: “We’re seeing huge efficiencies being designed into buildings and they must also be attractive and fit for purpose. If you are two sharers you want two good-sized double bedrooms, both with ensuite bathrooms plus plenty of open, airy space so you feel comfortable living and entertaining there.”

He adds: “It’s also about understanding the demographics. There is no one-size-fits-all approach. Every region, city or town will be different because the needs, wants, desires and aspirations of the customer will be different.”

Butler points out: “Over time there will be pressures on the operating cost and if your building hasn’t been designed for efficiency, you won’t be able to control costs, which will entail cuts to the quality of service or make the building less attractive.”

He adds: “It’s about designing an efficient building in the first place at the right cost levels.
“Make sure you don’t budget unrealistic operating cost projections because you’ll never get these figures which will pile more pressure on you to operate the building in a way that will damage the customer proposition.”

Proptech is revolutionising the BTR sector, as with the property industry overall, including the use of sensors to monitor and improve the efficiency of the building. Examples include monitoring which corridors or lifts are used (and which ones aren’t), so that findings can be fed into future design.

Ogborne says: “We are trialling hundreds of ‘tile’ sensors the size of a large postage stamp in a number of developments which provide us with data regarding usage.

“In newer developments, including the Quintain development at Wembley Park, we have finger-print recognition technology to gain access to amenities or communal areas and that allows us to collect data.

“Understanding the movement of customers around the development, and at what times of the day, helps us further down the line when it comes to future proofing.”

Working with BTR partners Viventi in respect of their planned Leeds scheme, FirstPort advised on demographic modelling which together with an efficiency review has encouraged them to consider a fundamental redesign of the scheme.

As to the future, both Ogborne and Butler see the push to expand the BTR revolution across the regions gathering pace. Butler says: “Three or four years ago, no one wanted to buy anything outside London.

“Two years ago people wanted Birmingham or Manchester but now investors are keen to go into the BTR sector and have cheques they want to write but are not seeing enough of the right propositions put to them.”

Ogborne agrees: “We’re seeing a huge appetite from investors and developers and a huge demand from customers in major university cities. It’s a direct result of the fact that student accommodation has come a long way during the past 20 years and is a mature market in its own right.

He adds: “What the market has now are post-grads who’ve been used to fit-for-purpose, comfortable student accommodation coming out into the home tenure market and seeking something of a similar nature. BTR is meeting that demand.” 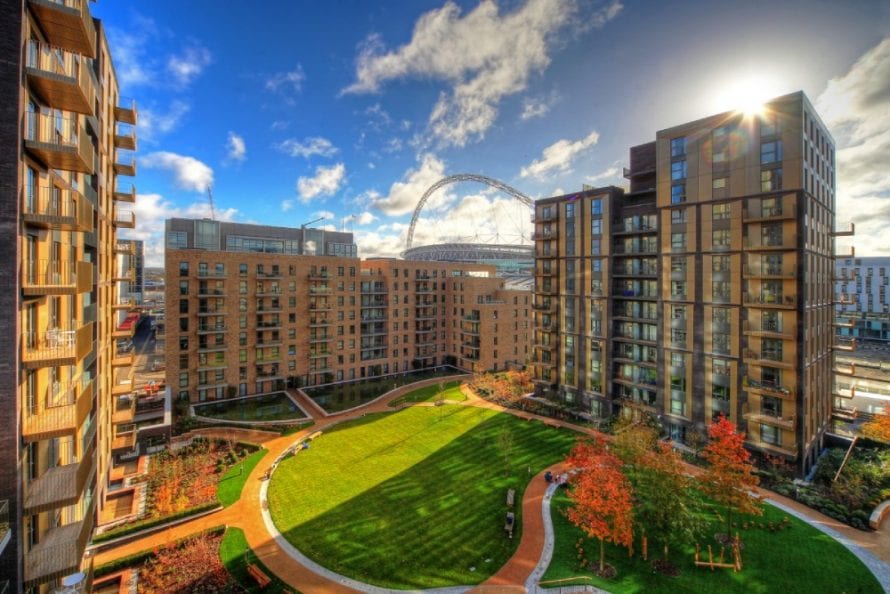 Find out more about our services for Build to Rent here