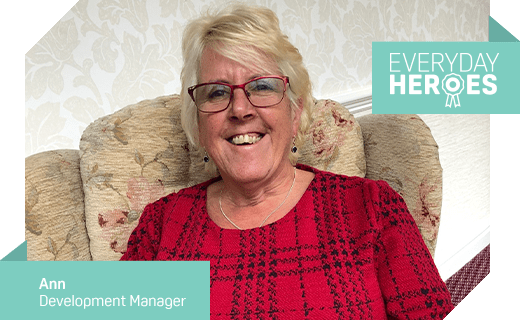 Putting our residents’ safety at the heart of everything they do is just one of the many reasons our Property and Development Managers greatly deserve their Everyday Hero status.

Ann is a Development Manager at FirstPort and is dedicated to providing a safe environment for her residents, whatever the situation she is always there to make sure they are happy and living comfortably.

Ann arrived home from her holiday in the sunshine after an 8-hour flight delay. As she attempted to catch up on some sleep and get over her jet lag before going back to work, she could hear the heavy rain and severe lightning strikes outside. She began to worry about her development and her residents, knowing the damage that lightening can do.

Later that morning Ann’s fears were realised as she was alerted that lightening had struck the local substation near her development. She knew this may cause problems for her development’s electrical systems so even though she was still feeling jet lagged, she decided to go and check.

When Ann reached her development, the entire door entry security system had shut down.

“The door entry security system makes my residents feel secure. With that down, I wanted to do everything I could to keep them feeling safe and comfortable,” says Ann. “They felt reassured that I was there as they have a lot of trust in me.”

Ann’s first priority was to speak individually to each resident or to deliver notes if they weren’t in so that they knew what was going on and the plan to fix the system.

When the engineer arrived and began investigating the issue, he discovered it was a much bigger problem than anticipated involving the entire security system, not just the door.

All the wires inside the system had melted, and although Ann organised for more help, as the night went on, she could see that there was no way it was going to be fixed by the evening.

With the security system down for the night, Ann decided to sleep in the residents’ lounge area.

“I knew I had to do something to make my residents feel safe – that’s what I’m there for,” says Ann. “It was certainly not the most comfortable night’s sleep I’ve ever had, but knowing I was there was a big relief to my residents, and so it was definitely the right thing to do.”

The next morning, on a Sunday at 8am, more engineers arrived to thoroughly investigate the problem. This involved removing parts of the wall, rewiring and testing on every single floor.

The final outcome resulted in a complete replacement of the warden call system, which involved Ann once again working longer hours, some weekends, and a second night on the sofa in the residents’ lounge. Throughout the period of upheaval, Ann’s coordination skills in keeping her residents informed and making sure the contractors had access to all areas of the development helped massively.

After an intense period of repair work Ann’s residents could finally sleep peacefully and Ann happily returned to her own bed!