Getting things shipshape with Right To Manage Directors at Centre Quay 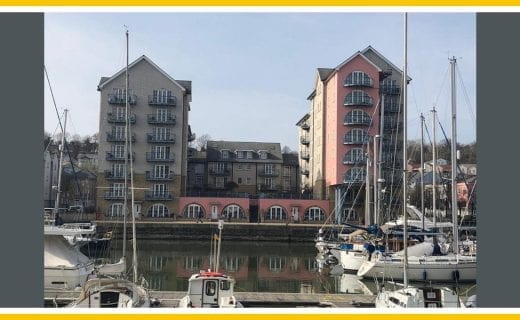 Centre Quay, a horseshoe-shaped block of 65 apartments nestled next to the marina in Bristol, has been one of our developments for the last four years.

The site was previously managed by a local property management company, but its Right To Manage (RTM) Directors were not satisfied with the way it was being run and maintained. After experiencing a range of issues, such as a lack of understanding of lease interpretations, accounts transparency, proactive repair work and poor overall management for several years, they decided to find a new managing agent.

And in 2017, that agent was us. We were appointed following a unanimous vote for us to take over the running of the development which, according to Development Manager, Shane Ramsamy, who oversees the site, went smoothly, just as he had planned, from day one. 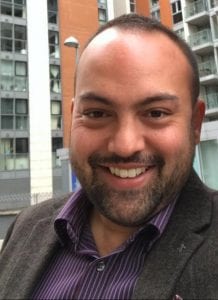 Shane has been managing Centre Quay since 2017

“Everything transferred across quite smoothly; from the contractors to all of the funds, and it all happened within deadline. There was no upheaval from the leaseholders’ point of view, which was my main priority,” says Shane.

“That was just the start. Since then, we’ve gone on to build really strong relationships and a good rapport with the Directors and leaseholders. Simply being there on-site and responding to their queries swiftly and being accountable has really helped us to cement these valuable relationships.”

There are three Directors at Centre Quay, who Shane is in constant communication with; either because they have contacted him or he’s responding to them or providing them with a development update. He also has scheduled regular meetings with them throughout the year.

“I meet with the Directors formally four times a year and on an ad-hoc basis throughout the year. I also hold an AGM every year for other shareholders within the RTM company to find out what’s happening for themselves and to also have their say,” explains Shane.

“As well as the meetings, I produce a management report for the AGM, so everybody knows how I’m working with the Directors and what we’re doing to move things forward for everyone and on everybody’s behalf.

“Pre-pandemic, I used to see the Directors most days when I was on site. We had to adapt during the lockdown, hosting meetings virtually and over the phone, but we still have regular contact. Everybody, the Directors, leaseholders, owners and tenants, know they can always contact me at any time of day and I’ll get things done.”

From the outset, Shane and his team have been proactive about listening to and supporting everybody at Centre Quay, as well as improving site standards. This has involved building up reserve fund levels and completing works to make the building compliant with industry regulations. 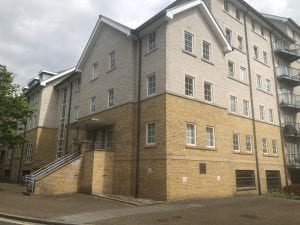 “One of the main issues that the Directors experienced with the previous managing agent is that they collected funds, but didn’t spend any money on the development. This meant that when we took over, there were numerous things that weren’t compliant, such as leaks that hadn’t been resolved for years. But we got straight to work on rectifying as many of them as we could right away,” explains Shane.

Shane and his team have worked hard to improve the site, which has seen the smallest of things make the biggest of differences. Walls have been repainted, carpet stains removed, letterboxes relabelled, car park lines remarked and signage installed.

“I asked the Directors to tell me what needed to be done in priority order and they gave me a list of actions, 21 of which were high priority,” says Shane.

“Within the first six weeks, we’d completed the high priority list, and then set to work on carrying out other tasks, that may not have been large-scale, but collectively still had as much impact.”

As well as continuing to keep on top of those simple but impactful improvements, Shane’s also overseeing a major works project that was inherited from the previous managing agent. The render on the section of the building that overlooks the marina is cracked, and work on replacing it is now completed.

Relations and progress at Centre Quay are going from strength-to-strength, which Shane puts down to being just as understanding as he is proactive.

“It’s important to establish a good rapport, but it’s important you don’t simply become a ‘yes’ person, especially if you don’t think it’s quite the right way to go about things,” he adds.

“I’m as happy to advise and guide the Directors, just as much as I am to go away and do what they ask of me.

“I see it as my job to advise and guide them to make the best decisions for themselves and everyone else. Me and my team are here to work with the Directors and leaseholders at Centre Quay, for the benefit of everybody who lives at this beautiful site.”

Want to know more? Just get in touch…

We understand the challenges property management creates for Resident Directors. With over 40 years’ experience, FirstPort works with over 1,000 resident managed developments across the UK, helping RTM and RMC Directors meet their management and legal obligations, all while delivering a great service for residents too.