Supporting developers to set resident managed developments up for success 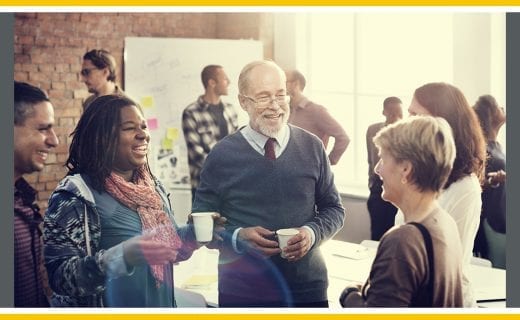 The Government is making significant moves to give homeowners more control of their homes and the areas in which they live, so encouraging residents to get involved in the management of their development is more important than ever.

For developers, setting a resident managed development up for success is about making sure the foundations are right from the outset, knowing that doing so will result in happy customers and peace of mind for developers that the site is going to be well looked after.

FirstPort works with over 1,000 resident managed developments across the UK and has seen first-hand how a Resident Management Company (RMC) can add real value, if inducted in the right way. Paul Atkinson, Director of Client Services shares his five-step approach for a successful developer handover to residents.

If a developer feels a RMC is the right approach for their development, residents need to have a full understanding of what they are signing up for from the outset. This involves helping homeowners understand resident management as a concept and the benefits as soon as possible, as well as explaining the role of a managing agent. At FirstPort, we have created materials specifically for the sales and marketing team of a development, so that they have the right information to have a meaningful and informed conversation at this very early stage.

It’s also important that the practicalities of a Resident Director role are clearly laid out. A recent survey of over 200 Resident Directors by FirstPort showed that 57% did not fully understand their role when they took it on. For residents, being aware of the benefits of feeding into, and influencing, decisions about their home is often a real motivator. As well as the positives, it’s important residents understand the consequences of not having an operational RMC to consider residents’ views and make decisions.

Our Resident Director Survey revealed that the biggest incentive to become a Director was a sense of pride in their development (70%), followed by a desire to support their neighbours (36%). These are the sort of things that are crucial to tap into in order to engage with residents who may be instrumental to a future RMC.

A good managing agent will be able to support developers with this by engaging with those residents who show an interest early on in how the development is managed and the activity going on around them. Often these residents want to be involved in their community but may not know how to go about this. In addition, many of the Directors we work with already had other voluntary duties before they agreed to become a Director – such as board and committee members, school governors and charity trustees. These were all good candidates for the job, as it meant they already had a sense of the commitment they were being asked to make and were a natural fit for a Director role.

Once interested residents have been identified, getting them involved as early as possible is key so that they can begin to contribute to how their development is run, even before it’s handed over. That way, they feel involved, empowered, and motivated.

In our role as managing agent, we would encourage engaged homeowners to set up a committee (at this stage without decision-making powers) that allows for training on Resident Director responsibilities and familiarises them with management matters. The committee can act as a sounding board for the developer Directors and the managing agent as they manage the development, ensuring they feel part of key decisions. In time, the committee would assume full control from the developer, already aware of how to operate a RMC. This provides confidence to the developer and makes the whole process less daunting for residents.

Ensuring residents have the support and advice they need during the transitional period (before they actually assume responsibility from the developer) is key to the whole process, making the handover as smooth as possible for both the developer and the homeowners and setting the foundations for long-term success.

Our Resident Director Survey reveals that eight in ten (80%) Directors go to their managing agent as their first port of call when they need help in their role, so we know how important it is to have a suite of support materials and services available, as well as regular catch-ups. We can also arrange training specifically for new directors or resident management companies.

In reality, if steps one to four are handled well, a smooth handover should just happen. A good managing agent will be there supporting every step of the way, with all of the services – including company secretarial – in-house to manage the formal handover process. For developers, this means they can step aside with the confidence that they are leaving the site in good hands and with a bright future ahead.

Want to know more? Get in touch…

If you’d like to find out more about how we can make your resident managed developments a success from day one, call us on 01582 393756 or complete the form below and we’ll be in touch.