Does more pressure need to be put on the government to increase funding to reduce homelessness? 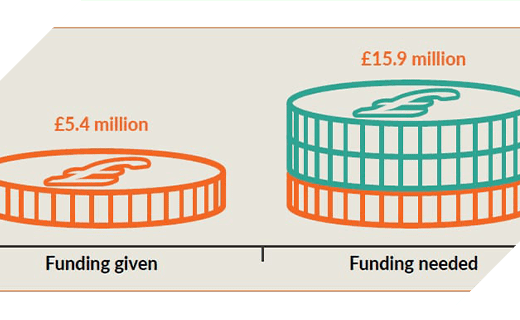 Property Insights > Industry Insights > Does more pressure need to be put on the government to increase funding to reduce homelessness?

Two of our Class of 2018/2019 Graduates, Jameela Allen and Usman Zaman, explore the need for increased government funding to reduce homelessness.

Sometimes it is easy to feel disconnected from the lives of the people around us, we are all consumed with our own issues and challenges.

As graduate trainees both of us have the luxury of knowing where we are going to rest our heads at night. We don’t have to worry about our safety and security while we are asleep. That’s the life we live.

Now imagine that you didn’t have a place to call home? You didn’t have anyone to support you. You go to bed every night not knowing what tomorrow will have in store.

Sadly, that is the reality that homeless young people in the UK know far too well.

Research from the charity Centerpoint, FirstPort’s 2019 charity partner, indicates that in 2017/18 an estimated 103,000 young people in the UK approached their local authorities for help, because they were homeless or at risk of becoming homeless of which 52% “left with neither an acceptance nor any other documented prevention and relief support”.

You can read the full report here.

Centrepoint are one of the charities facing this issue head on. In January the government released statistics on the number of people sleeping rough in the UK suggesting that there was a small decline. Charities across the UK claim that the figures are inaccurate.

The BBC observed that taking a snapshot of the data for a single day, doesn’t include people who are already in shelters, hostels or sofa surfing.

You can’t begin to resolve the problem without accurate data and not having everyone accounted for?

Centrepoint concluded: “Across local councils, 192 per cent more funding is needed to deliver the additional services. In absolute terms this adds up to over £10 million. This analysis considers only those aged 16 to 24 years old, whilst the allocated funding provided by MHCLG is required to cover all ages.”

In their extensive data report Centrepoint suggests the government should re-think their allocation and give councils the funding they truly need to reduce homelessness in the UK.

From their illustration above it is evident that Centrepoint believes the current funding councils are receiving from central government is not near enough to achieve their goal to end rough sleeping by 2027.

At Centrepoint, it’s more than just providing young people with a place to rest their heads. They – and both of us – believe in helping young people to stand up on their own two feet.

Please support Centrepoint by getting your local MP to back the fantastic work they are doing. If you are unsure who your MP is, you can find out here. You just need to know your postcode.

We’d also like to invite you to help us fundraise, or make a donation, however small to our justgiving page. For some young people – our age – Centrepoint is their first port of call. Let’s answer that call, because we’re FirstPort.