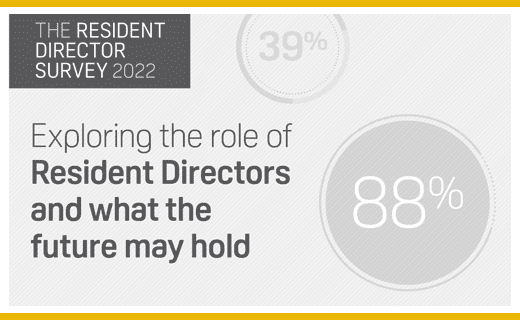 A year on since our first Resident Direct Survey Report was commissioned, the property landscape continues to be an interesting, sometimes challenging, space for Resident Directors.

The residential sector is amid a significant shake up, and with leasehold reform proposals making their way through Parliament, there’s an opportunity for homeowners to have even more control and say over living spaces by becoming a Resident Director. 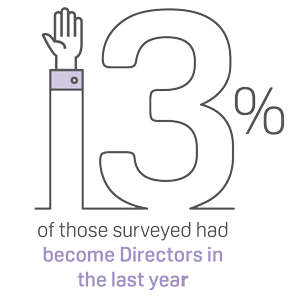 It’s a chance for homeowners to play a key part in the way their development is run, working on behalf of their communities to directly influence the management and operation of their homes and communal spaces they share with their neighbours. Of those surveyed, 13% had become Directors in the past year, a promising sign that new volunteers are getting involved – a picture we expect to continue to see as reforms develop.

With more than 40 years’ residential property management experience and over 1,500 resident managed developments in our care, FirstPort has conducted its second Resident Director Survey, believed to be the biggest ever proprietary research project undertaken with Resident Directors to date. This report builds on last year’s findings, exploring the role of Directors and how this may evolve in the context of the new changes and challenges 2022 will bring. It considers the growing responsibilities for Resident Directors, and what managing agents can do to best support them.

What does it take to be a Resident Director?

A Director has a pivotal role in the day-to-day management and maintenance of their building or development and, with various stakeholders involved, it is crucial that residents have trust in those that take responsibility. 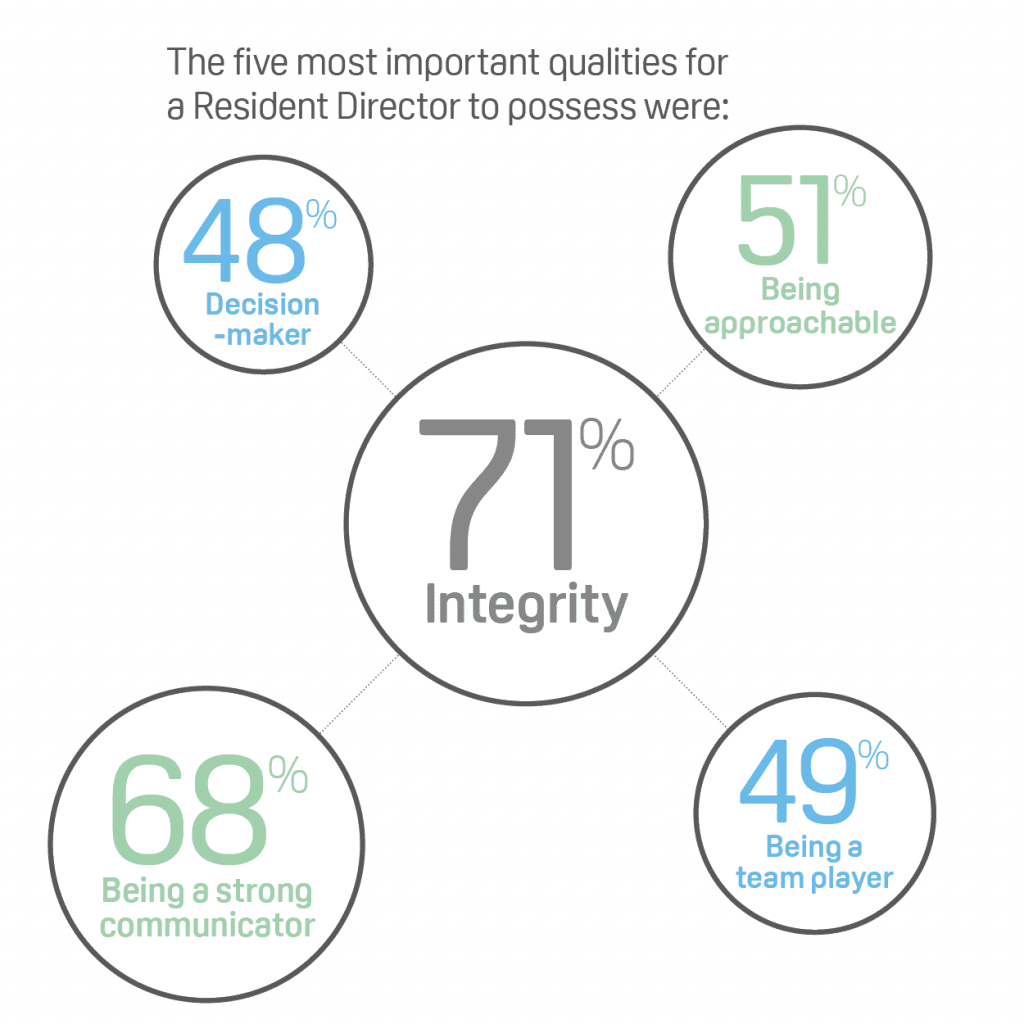 According to our research, the most important quality of a Resident Director is integrity (71%). Other attributes rated highly included being a strong communicator (68%), being approachable (51%), a team player (49%) and a decision maker (48%). Strong leadership received just 9% of the vote, suggesting the need for Directors to take a collaborative, community-driven approach to property management. It could also indicate that leadership from the Resident Director is not as necessary provided the professional managing agent is doing their job well.

Last year’s Resident Director Survey revealed that 70% of Directors took up the role because they have pride in their development. Interestingly, this year just 35% of Directors rate ‘being passionate about where you live’ as being one of the most important traits of being effective in the role. This all points to a shift that indicates trust and collaborating well with others are now the more important qualities and motivators for Directors to possess.

What are Resident Directors’ main concerns? 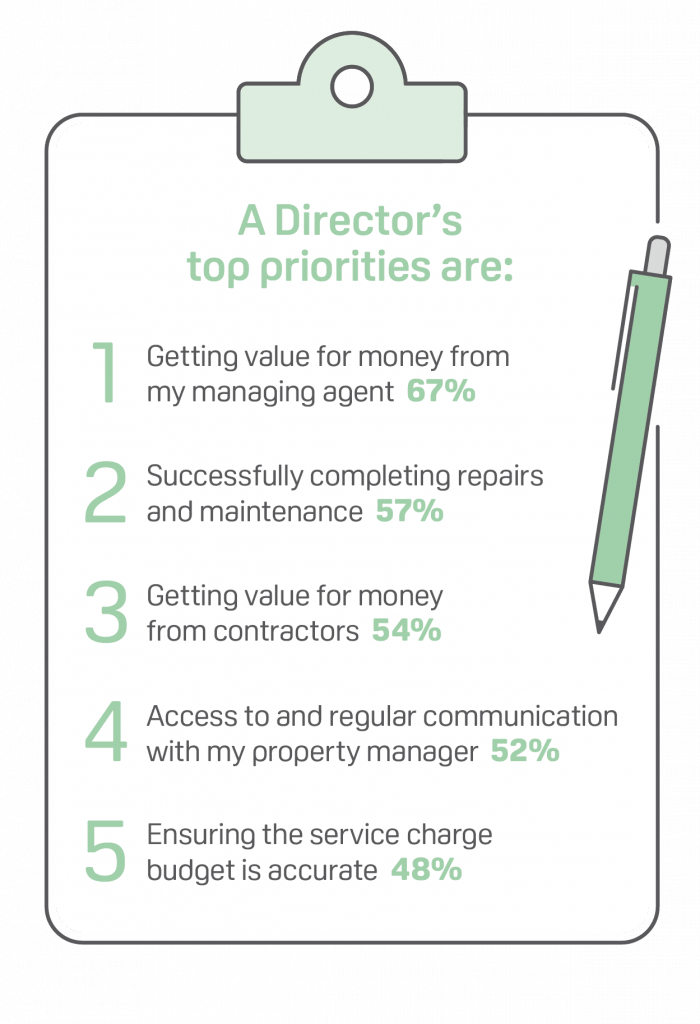 When it comes to their responsibilities, Directors’ main concerns remain similar to last year – cost effectiveness, quality, value for money and communication remain at the forefront. Their top priorities are:

The importance of getting value for money from the managing agent has seen a 9% increase on last year, which clearly highlights a growing need for managing agents and contractors to provide more visibility on how money is spent and how they add value to these properties. Additionally, having access to and regular communication with the property manager saw an 8% increase year on year, possibly heightened by Covid-19 and the demand for virtual meetings.

There is also a sense of increased comradery with a 7% year on year increase of Directors saying ensuring that fellow residents are happy with the management of their development is a key concern (39%). This reflects research FirstPort carried out earlier in the year which highlighted that almost a third (31%) of British people have struck up a friendship with a neighbour in the last 12 months. ¹

The growing responsibilities for Resident Directors 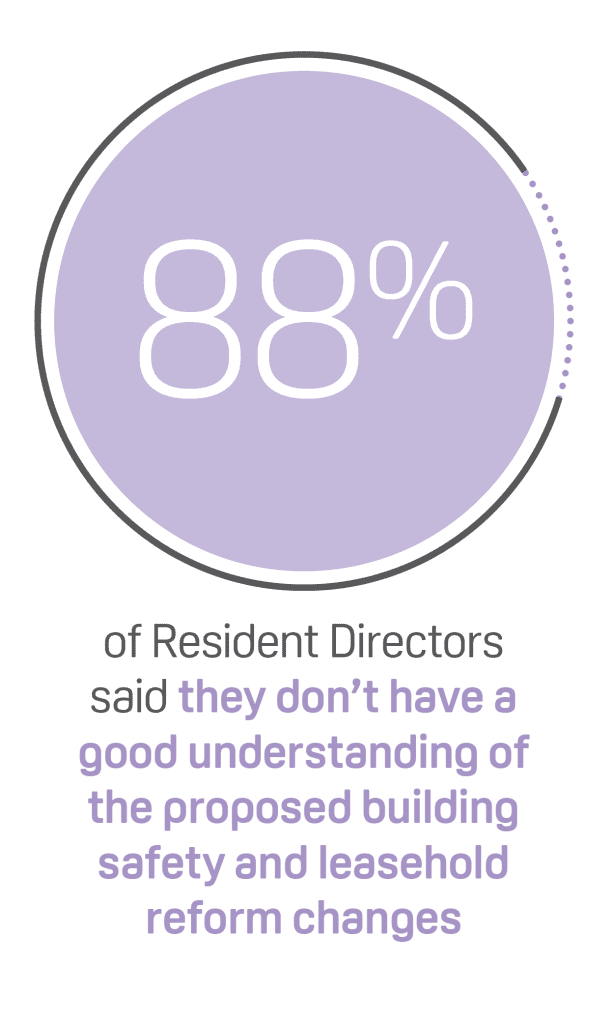 While the role of a Resident Director is voluntary, the holder takes on the legal responsibilities and liabilities of a company director. Directors do not receive formal training before taking on these roles and managing a property of any size can be more complex than homeowners initially expect.

The new regulatory landscape will bring more responsibilities for Resident Directors, which means it is essential for Resident Directors to be familiar with the proposed building safety and leasehold reform changes. Despite this, 88% of the Directors we asked said they do not have a good understanding of them. When asked about their feelings around the proposed changes, there is a mix of scepticism (14%), apprehension (12%) and intrigue (10%). Overwhelmingly though, many Directors feel it’s too early to say (41%) how they feel about these changes and the impact they will have on their development.

According to the results, half (50%) of all Directors spend the least amount of their time staying informed about regulation and legislation changes – but as the new reforms are introduced and customers are given more control of where they live, it will become increasingly important for Directors to understand the latest information. Perhaps unsurprisingly, Directors spend the greatest proportion of their role liaising with their property manager (22%) and fellow Directors (18%) about management matters.

Resident Directors will need to be better equipped as the industry goes through the period of change ahead and our insights show a real need for the sector to better educate them. Without this knowledge and support, we could see Directors lose confidence and step down from the role. The fact that most of their time is spent communicating with their property manager shows we (the managing agents) are best placed to be able to provide this reassurance.

Positively there are indications that momentum is beginning to build behind a focus on sustainability. We’re more aware of our environmental impact and conscious about finding opportunities to do more and be better. 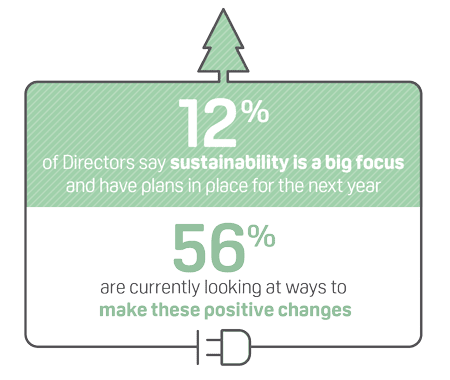 More than one in 10 (12%) Directors say making their developments more sustainable is a big priority over the next 12 months with plans already in place. A further 56% are currently investigating ways to make these positive changes.

As an industry, we know we have some way to go in our sustainability journey, so it is exciting to see there is an appetite amongst Directors to drive this agenda forward.

Property managers have an important role to play in setting this precedent. For instance, FirstPort has made significant investment and progress in our ESG commitments and actions, including the recent appointment of our new Sustainability Manager, and being awarded ISO 14001 accreditation.

How can Resident Directors be best supported?

Just 21% of Resident Directors work in, or have previously worked in, the property industry and almost half (48%) have no previous professional experience to bring to their role. These Directors may need more guidance from us as managing agents, but it also means they’ll bring a range of new and diverse skills and experience to the resident managed table. 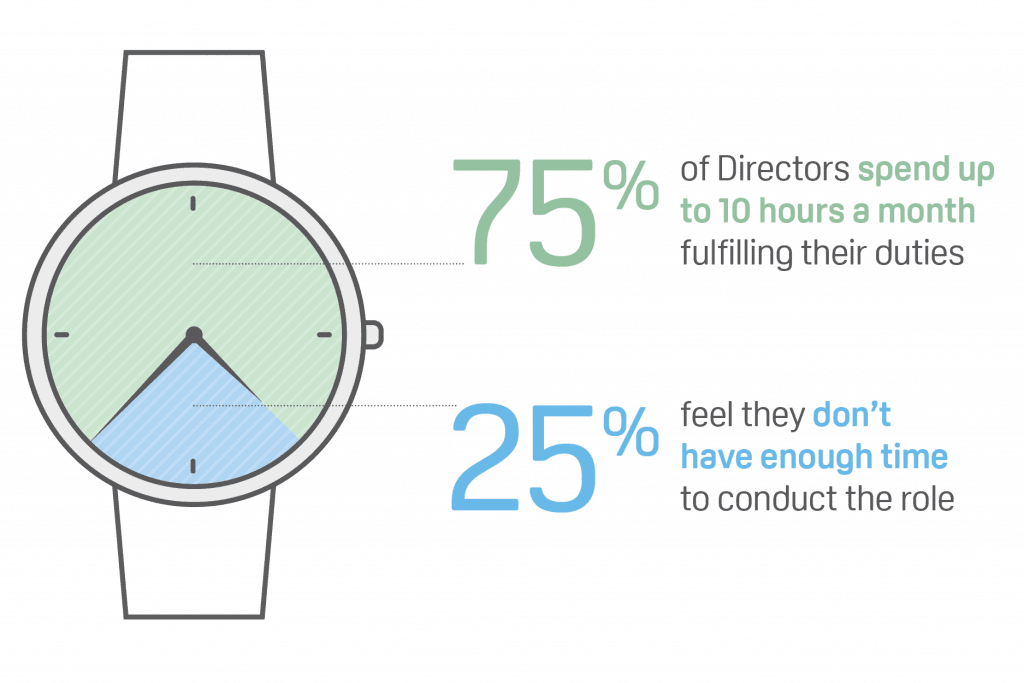 Time is one of the biggest challenges facing Resident Directors. We found that three quarters (75%) spend up to 10 hours a month fulfilling their duties already and one in four (25%) Directors feel they don’t have enough time to conduct the role. These pressures are likely to increase further as leasehold reform and building safety changes may require them to spend even longer focusing on their responsibilities.

What underpins this is that there need to be clear lines of responsibility, so it is agreed where it is the managing agent’s job to support with specialist tasks which use their expertise, and where their own responsibilities as Resident Directors lie.

What does the future look like for Resident Directors? 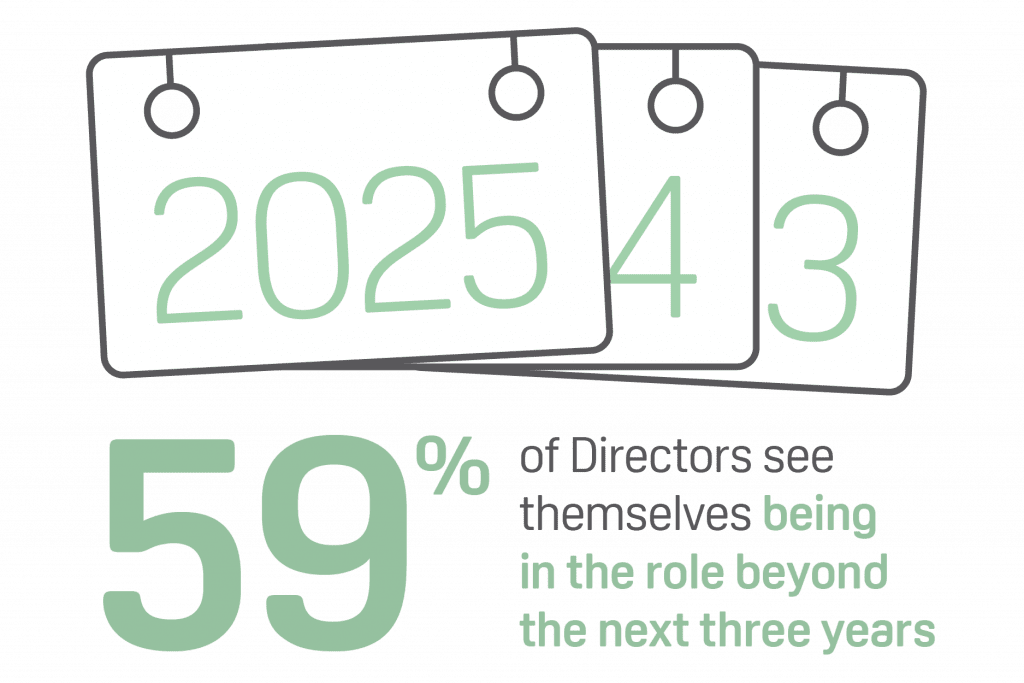 The report shows that Directors are generally invested in the role with 59% envisaging being in the role beyond the next three years. Longevity in the position benefits the other residents within the development, as a Director that stays in the role will be able to see longer term changes through to completion.

For this reason, it is important to understand why those who plan on leaving sooner might do so and the research shares some insight into this. 30% think it will be because the role and responsibilities will have become too onerous, which could reflect the upcoming changes in the industry landscape, such as the impact of leasehold reform changes.

For managing agents, it is important to consider the 34% who anticipate leaving the role because they won’t have time to carry out their responsibilities. Resident Directors need the support of a managing agent to make this role work alongside their other priorities and fulfil the opportunity to have a greater say in how their development is managed. 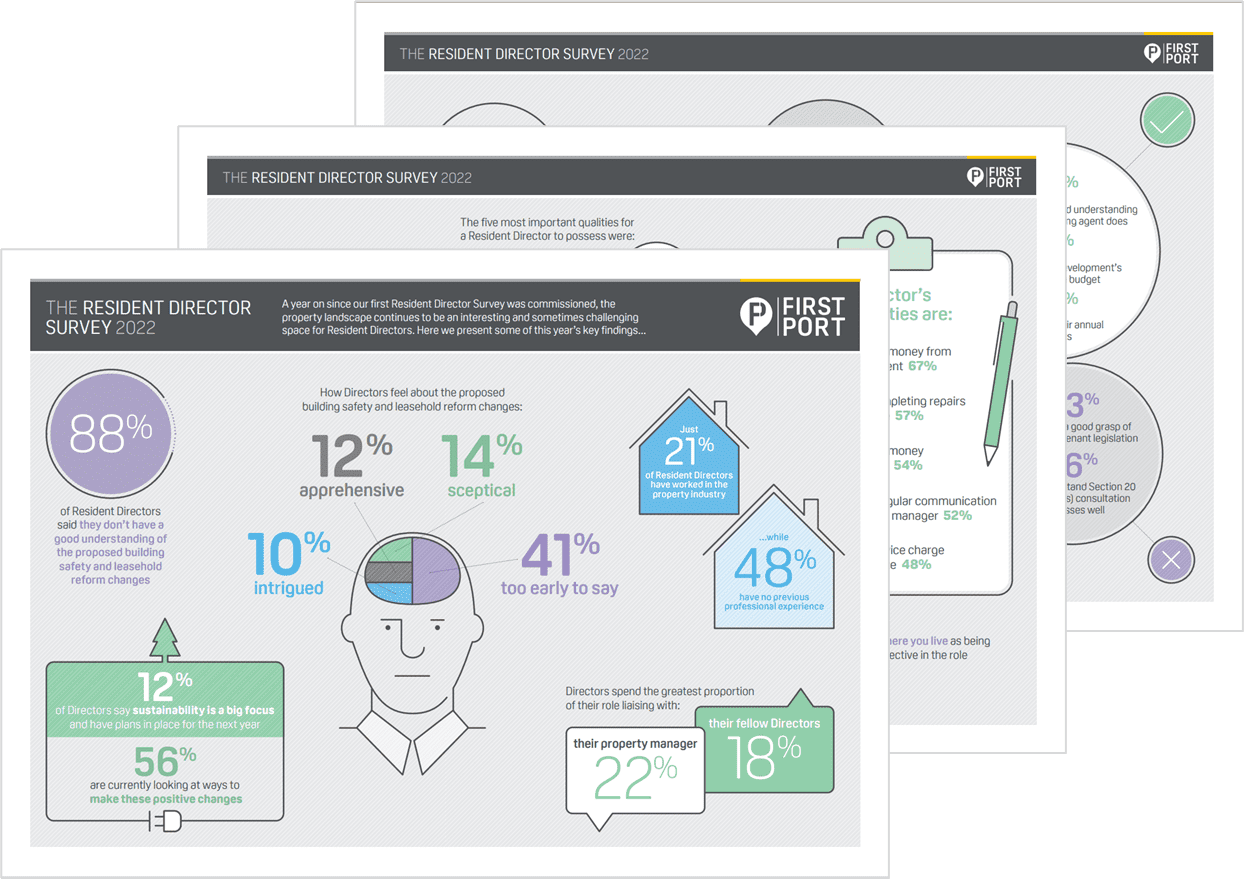 We understand the responsibilities, pressures and complexities that property management creates for Resident Directors. We’re here to help Directors of Right to Manage (RTM) Companies and Resident Management Companies (RMC), as well as Residents Associations, to successfully navigate their duties and make sure their homes are a great place to live for their neighbours and communities.

To find out more, simply fill in the form and we’ll be in touch within one working day.